Though many of you reading may be familiar with antimicrobials and how they work, SOS Cleanroom would like to offer up a quick course on the subject for all of our customers. Read on to learn about antimicrobial technology and the role it plays in keeping our surfaces clean and germ-free.

The Merriam-Webster definition of antimicrobial is “destroying or inhibiting the growth of microorganisms and especially pathogenic microorganisms.” The word was first used in the late 19th century by scientists investigating how to kill bacteria responsible for infections.

Antimicrobial technology has been used by humans for at least 2,000 years. For example, many ancient cultures, especially the Greeks, used mold and plant extracts to treat infection, and the Egyptians were famously known for crafting silver pitchers to keep their water free of microbes (silver has natural antimicrobial properties). Innovation was more or less stagnant until the 19th century, when notable scientists like Louis Pasteur began looking for different ways to control the spread of microbes. Due to these intrepid scientists’ years of research, much was learned about how bacteria transfer and spread, and that research is the basis for many of the lifesaving breakthroughs we take for granted today. For example, Joseph Lister designed antiseptic methods for sterilizing surgical tools and cleaning wounds on the operating table, all because he had read Pasteur’s documentation and realized that is was necessary to expand upon it to further proper sanitation practices in the field of medicine.

Antimicrobials target microorganisms like viruses, bacteria, protozoans, and fungi such as mold and mildew. There are several use cases when it comes to treating with antimicrobials.

There are three main types of antimicrobials: 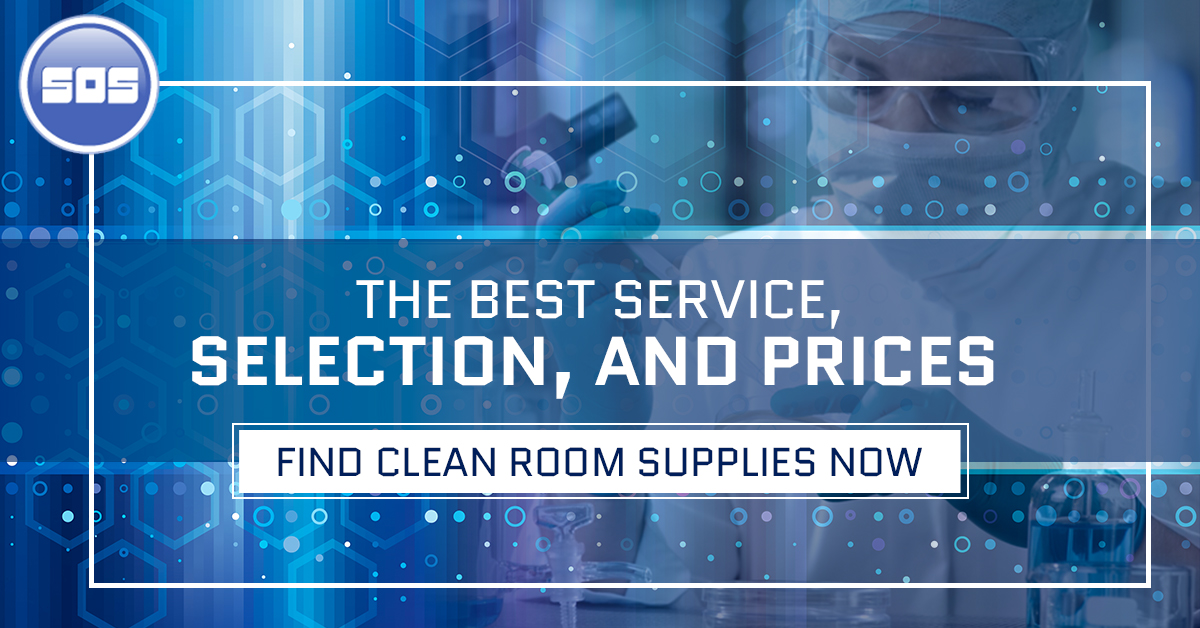 Although often used as a blanket term to describe the science behind, and application of, general antimicrobial theory, “antimicrobial technology” has more recently come to mean its application in non-pharmaceutical situations. Examples include:

The various modes of application will vary depending on the situation, but usually consist of implementing manufactured materials or wiping down/spraying surfaces and devices with special cleaners.

Get Your Necessary Antimicrobial Supplies From SOS Cleanroom

With almost 30 years in the cleanroom industry, SOS Cleanroom has the experience and knowledge you need to get the best in antimicrobial cleanroom supplies and advice. Whether you’re looking for antibacterial wipes, disinfectants, liquid cleaners, or industrial swabs, SOS Cleanroom will go above and beyond to get you the latest and the greatest in cleanroom antimicrobial technology, all at a reasonable price.